Munich is the capital of Bavaria and the third largest city in Germany. For the tourists Munich has many sights to offer. Not for nothing Munich is the most visited place in Germany after Berlin. Many people come to Munich for the beer, the Oktoberfest, the Hofbräuhaus or the Weißwürste. Others come because of the world-famous museums like the Deutsches Museum, the three Pinakotheken, the Haus der Kunst or the Glyptothek.

Fans of architecture will be thrilled, for example, by the old town, the Frauenkirche, the town hall and the Residenz. Sports fans visit the Olympic Park or the famous Allianz-Arena football stadium. Others love the almost Mediterranean flair of Munich or the scene of Schwabing with the famous Leopoldstraße and the largest university in Germany. The sights of the city are the focus of this travel guide on the Internet.

Read also our Berlin travel guide on the internet.

Also we have a Vienna Online-Guide.

Munich centre: In the foreground the city hall and Marienplatz, in the back the Frauenkirche

Munich is unique. It is a young city – less than 900 years old. The city has a high quality of life. Low unemployment and a lot of wealth are said to be the city’s hallmarks. Munich has many large green spaces (especially the park Englischer Garten) and allegedly less social problems and poverty than, for example, Berlin, the Ruhr area or Frankfurt. Also the location of the city, especially the nearby Alps, the many lakes and the short distance to Italy, is very attractive. 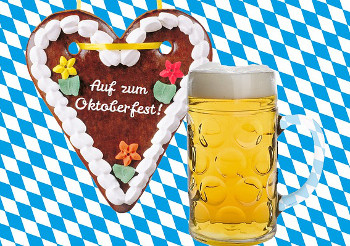 All this has shaped the many clichés:  Munich is considered the „secret capital of Germany“, „the largest village in the world“, „the cosmopolitan city with a heart“, „the beer capital of the world“ or „the northernmost city on the Mediterranean“.

According to a survey, 29% of Germans and 23% of Austrians would prefer to live in Munich.  For many, however, living in Munich is not financially viable due to the high prices, especially the astronomical apartment rents and prices for condominiums. Despite the many Munich fans and low unemployment, Munich has only 1.5 million inhabitants. However, the number of inhabitants of Munich is growing from year to year. In fact, especially the high rents for apartments in Munich lead to more and more social problems. This is especially true for families with children or pensioners. 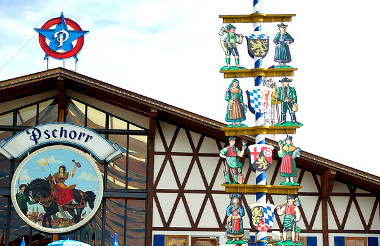 A tourist will find many sights in Munich in the city centre. These can be reached on foot, for example, from the U-Bahn and S-Bahn station Marienplatz. Some things presented in this Munich travel guide are better reached by local transport. There is a lot to see in Munich. In any case, one should plan some days for a sightseeing of the sightseeings of Munich. But one can also spend one or even several weeks in Munich. Those who want to see the majority of all sightseeings in this travel guide will surely need several weeks. 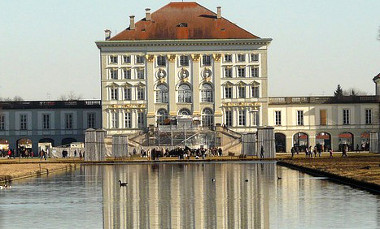 Nymphenburg Palace, one of the great sights of Munich

To our knowledge, no other city has such good public transport. The subway of Munich has about 100 stations, the S-Bahn even 200. The few districts of Munich that are not connected to the rapid-transit railway network are accessible by trams and buses. By the way, the tram is called Tram in Munich, even on official notices. In the next few years, the local traffic in Munich is supposed to be further expanded. Some of them are going to use a second S-Bahn line in the city centre (2nd main line), others are going to use new underground lines. The supporters of the new main line have prevailed, construction will begin in 2020. New subway lines, such as the one to Pasing, are also to be built from 2022.

Munich has become less Bavarian, but more German or cosmopolitan in the last decades. Only about every third Munich resident is born in Munich. If you want to experience real Bavarian culture or learn the Bavarian language, Munich is largely out of place these days. Nevertheless, the „most important city in Germany south of the Weisswurst equator“ has a lot to offer tourists. In this travel guide, among other things, the most important sights of Munich are presented.