Ingolstadt, located 70 km north of Munich, is the largest city in Upper Bavaria and the sixth largest city in Bavaria after Munich with a population of around 120,000. Ingolstadt is known above all for its industry. The oil industry and Audi are the major employers. They make Ingolstadt rich, the unemployment rate in February 2017 is 2.6%, one of the lowest rates in all of Germany. The city has a very beautiful old town with interesting churches. 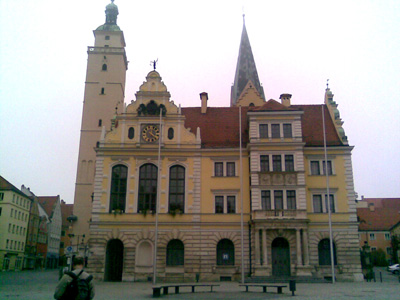 The Old Town Hall Ingolstadt in the centre

Sights in the old town of Ingolstadt

The centre of Ingolstadt is the old and new town hall and the pedestrian zone a little further north. About 200 metres east of the centre is the modern theatre which is worth seeing, behind it the Danube. In the pedestrian zone Ludwigstraße with its typical department stores is the Ickstatthaus. The building with the largest baroque facade in Germany is considered the most beautiful house in Ingolstadt (see picture) and is a well-known sight. 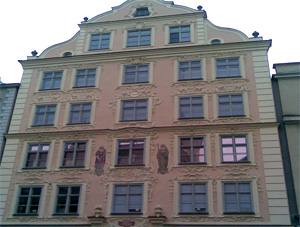 At the eastern end of the pedestrian zone you reach Paradeplatz and behind it the New Palace, one of the great sights in Ingolstadt. The castle is today the seat of the Bavarian Army Museum, one of the most important military museums in Germany. In the castle courtyard cannons are exhibited (see picture below). 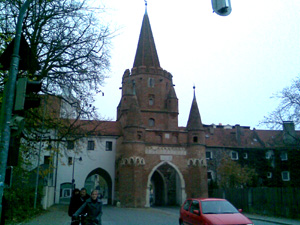 The probably most interesting church of Ingolstadt is the Asamkirche Maria de Victoria, which at first sight seems to be unspectacular. The church building, built between the houses, reminds of southern Europe. The huge, kitschy, colourful fresco on the ceiling makes Ingolstadt’s Asam Church one of the most beautiful baroque churches of all. Entrance fee 2 Euro (2015). 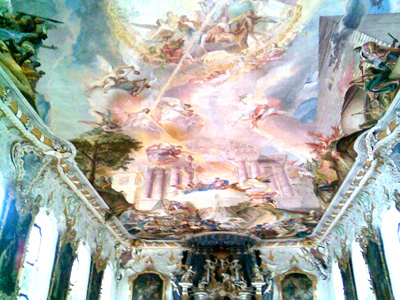 The most famous museum in Ingolstadt is the German Museum of Medical History. In the large museum building you will find medical equipment and other exhibits from antiquity to the present day. The adjoining botanical garden for medicinal plants is also interesting, another interesting sight.

All the sights described above can be easily reached on foot from the centre – all of them are less than a kilometre from the town hall. Unfortunately, the main station is a little outside (about 2km). However, there are frequent buses from the station to the centre. The Bayern Ticket is valid in Ingolstadt for all means of local transport (status 2016). By train from Munich you can reach Ingolstadt in 45 – 55 minutes by local trains. Ingolstadt is on the ICE route Munich – Hamburg or Munich – Nuremberg. With the ICE the travel time from and to Munich is a good half hour.