For years FC Bayern Munich in particular dreamed of a new stadium. It was finally completed in May 2005 after Germany was awarded the contract for the 2006 World Cup. The Allianz-Arena is where FC Bayern Munich’s home games are played.

It is a stadium of superlatives: the stadium holds almost 70,000 spectators and cost 300 million euros. Only 13,500 of the seats are standing room (at European Cup matches these are also converted into seats), two more than ten-metre screens provide the spectators with information during the games, and 28 kiosks offer food and drink for the spectators during matches.

The stadium can also be visited on non match days. The guided tours through the Allianz Arena are very interesting (about 4 -nal a day in German, once in English, in summer sometimes more often). A private company offers interesting tours with bus transfer from the city centre (main station). Of course you can also visit the public parts of the stadium during a match

FC Bayern’s matches have been sold out almost all the time for years. The only chance for a tourist is probably the rare friendly matches. There is also a good atmosphere at the home games of 1860 Munich. Admission prices start at 14€ (standing room at the 60 games in the 2014 / 2015 season). Seats cost with TSV 1860 München normal price from about 20€ (discount for students, pensioners, members etc.). The atmosphere is better than in the old Olympic Stadium, especially because the spectators are much closer to the pitch. It is a pure football stadium (without a running track). The roof construction is well worth seeing, all pitches are covered. Note 2020: The home games of TSV 1860 Munich will no longer take place in the Allianzarena, only FC Bayern.

Catering in the stadium: At the kiosk, a large red bratwurst in a roll costs €3.90, other sausages are slightly cheaper, giant pretzels cost €2.50. Unfortunately the drinks are quite expensive: e.g. Cola etc. about 3,20€, beer about 3,50€ (all 0,4l). Prices are a few years old.

Payment in the stadium: Payment cannot be made in cash (except in the restaurant and fan shop). If you want a sausage or drink, you must have a so-called ArenaCard, which is valid for one season (initial credit is usually 10€). After the game, however, you can withdraw the remaining balance of the ArenaCard.

Tickets: Tickets for matches are available on the Internet, at the box offices in front of the stadium and of course at many advance booking offices in Munich. New in the arena is: When you enter the arena you put the tickets in a machine and are automatically admitted. The matches of FC Bayern are practically always sold out, the only exception are usually friendly matches.

Access by public transport: A new underground station was built for the Allianz Arena. You can reach it with the U6, the name of the station is Fröttmaning. A single ticket from the city centre costs 2.60 euros. If you arrive at Munich Central Station by train, you will unfortunately have to change trains again. It is best to take the S-Bahn and get off at two stops to Marienplatz. One floor below, the U-6 subway runs from there to the Allianz-Arena (get off at 11 stations in Fröttmaning). In addition, it is a few hundred meters on foot from the subway station to the Alianz-Arena.

Car: There are more than 10,000 parking spaces around and under the Allianzarena, which is usually sufficient. The stadium is easy to reach, it is located next to the motorway and is well signposted.  The stadium is located in the north of Munich. When it was completed, the large parking garage of the Allianz Arena was considered the largest parking garage on the European continent. 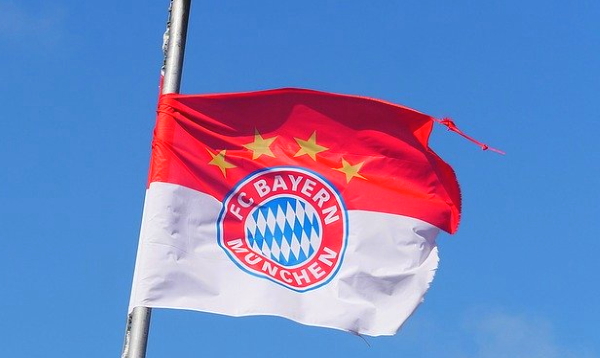