FC Bayern is at home in the Giesing district of Säbener Straße. Here are the offices of the entire club and the football department, the training ground and a shopping centre for fan articles. The main building is about 200 meters long, behind it there are about 8 training grounds for the footballers, also for the many youth teams of FC Bayern Munich. Sometimes the training is public, sometimes you can’t watch. 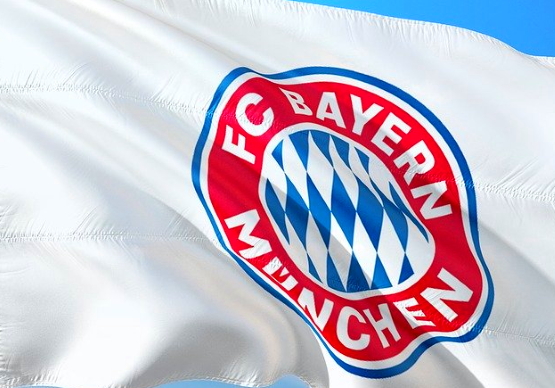 Often thousands of spectators come to public training. The big fan shop is the second main starting point in Säbener Straße. By the way, the grounds of TSV 1860 Munich on Grünwalder Straße are also very close by (about 500 metres away). The old, famous Grünwalder Stadium is also only about one kilometre away. Here the 2nd team of FC Bayern is currently playing their home games in the 3rd league. All this makes the area around Säbener Straße and Wettersteinplatz the football district of Munich. However, the Allianz Arena is far away (about 15 km), in the very north of Munich. Almost as far away is the old Olympic Stadium, where FC Bayern used to play their home games.

The training ground and buildings of FC Bayern 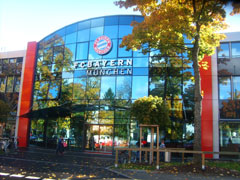 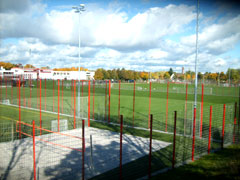 Every day on training days, hundreds of die-hard fans of FC Bayern Munich and also dozens of tourists make a pilgrimage to Säbener Straße to view the grounds of FC Bayern and watch the training of the Bayern stars. The 200-meter-long building directly on Säbener Straße bears witness to the importance of the club.

Hardly any other sports club in Germany has such a large building. Behind it is the training ground. This part is only partially accessible to visitors during the public training of the professional team. But on the right (between the building and the parking lot) there is a footpath that ends on a small hill in a park. From here you have a wonderful view over the training facilities of FC Bayern. In total, there are about eight football fields on which also the amateur and youth teams of Bayern Munich train.

Attend the training of FC Bayern

Training times of FC Bayern Munich: In former times the training of FC Bayern was almost always public. Today this is only sometimes, about once a week. On other days the training takes place in closed session. In Munich and in the press this has led to sometimes quite harsh criticism. The current dates for the public training can be found here: on this link. If it says „Training“ under „Dates“, it is usually public. However, you can’t rely on it one hundred percent – e.g. there are sometimes changes at short notice. Often the public training starts at 11am or 11:30am, but sometimes it is also in the afternoon. 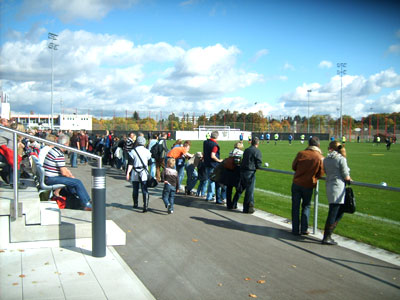 The training is usually very well attended. It is not unusual for several thousand spectators to come. It is especially busy when a new player is trained for the first time and FC Bayern has a new coach. The entrance is of course free. Usually there is even beer and bratwurst. On sunny days there is almost a kind of stadium atmosphere. It is a unique opportunity to get within a few meters of the players and coaches. With a bit of luck you can listen to conversations between players and coach Josep Guardiola or get one or the other autograph. I was particularly impressed by the ball handling, the speed and the shooting power of the players – things you see much better in training than in the stadium. 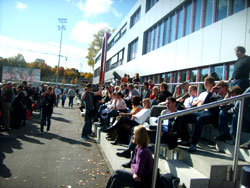 The Fan Shop of FC Bayern

At the front of the main building on Säbener-Straße is the fan shop of FC Bayern Munich. Here you can find everything a fan heart could wish for – current original jerseys, souvenir kitsch, great articles of daily use with the FC Bayern name etc.  Tickets for FC Bayern Munich matches are also sold here (at the counter outside the fan shop). Questions about the club and the training ground at Säbener Straße are also answered here. But it is very unlikely that you can buy a ticket just like that. All matches are usually sold out. Furthermore, club members are preferred.

Opening hours fan shop Säbener Straße (as of the beginning of 2017): Mo-Fr 9am – 6pm, on Saturday opening hours are now the same (9am – 6pm), Sundays and public holidays are closed.

Tip: Many fan articles from FC Bayern are also available at Amazon on the Internet at a low price (!).

Further Bayern Munich fan shops can be found, by the way, at Munich Central Station, Stachus, Hofbräuhaus, in Berlin, in the new centre in Oberhausen in the CentrO shopping centre and of course (the Mega-Store) in the Allianz Arena. 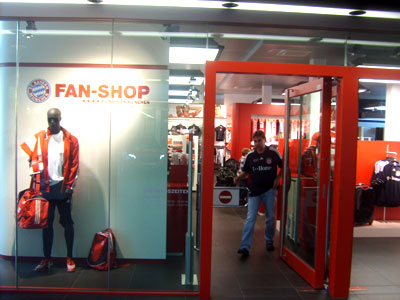