In the first 10 years alone, passenger numbers doubled and the new, modern airport quickly became too small. In 2003, another terminal was therefore opened, Terminal 2. Further expansions are planned, in particular a third runway is currently being planned. Construction should start in 2013, but is currently on hold due to a referendum. 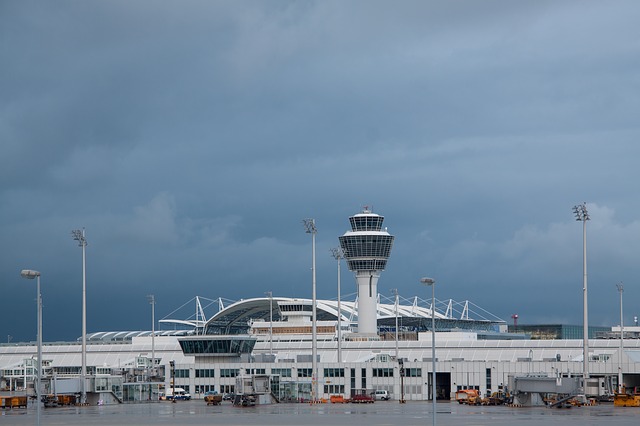 Munich Airport is officially called „Franz Josef Strauß Airport“. However, this name is not used too often, since it is the only airport in Munich and therefore „Munich Airport“ is sufficient as a name. Sometimes one reads the abbreviation FJS-Airport or FJS-Airport. All in all, the airport consumes 16 km² of space so far, more than 30,000 people have a permanent job here. 39 million passengers were handled at Munich Airport in 2013, the capacity limit is expected to be 50 million. This could be reached in about 10 years if the economy develops favorably, which is why the operator wants the third runway.

Getting to Munich Airport by S-Bahn: After the opening in 1992, the transport connections of the new Munich Airport were poor. Jokes like: „The only airport that can only be reached from the air“ made the rounds. There are now two S-Bahn lines to Munich Airport. Both go to Munich city centre and stop in the city centre at the main stations such as Hauptbahnhof, Ostbahnhof, Marienplatz and Stachus. Both of the latter stops are directly underneath Munich’s central pedestrian zone. The two S-Bahn lines (S1 and S8) run every 20 minutes, so there is a train from the airport to the city every 10 minutes during the day. The S-Bahn trains take about 40-50 minutes to the city centre. The trip costs about 10 euros one way. One should consider carefully if one should not take a day ticket for the whole of Munich. This is only a little more expensive, for two persons, the partner day ticket is even cheaper than 2 single tickets for a single trip. One needs a ticket for the whole network (exterior and interior).  The Bayern-Ticket is valid on the Munich S-Bahn, also on the airport train. 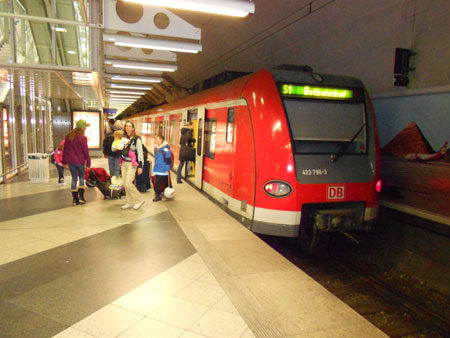 Further rail connections of Munich Airport: Right from the start, plans were made to connect the new airport to the rail network. A long-distance train station was to be built at the airport. However, the station was never built. Then for years the construction of a very expensive, ultra-modern Transrapid line to Munich Airport was planned. From the Transrapid to the airport, however, only the famous confused speech of Edmund Stoiber is left. In the end, the construction of the Transrapid failed mainly because of the costs. An express train (fast S-Bahn without stops) between the city center and Munich Airport has also been in planning for years. Whether this will ever be built is still in the stars. So the S-Bahn is still the only rail-bound possibility to reach the Franz-Josef-Strauss-Airport. The long S-Bahn ride of about 45 minutes is a nuisance for many.

Getting to Munich Airport by bus: There are express buses from the airport to the city centre. These cost about as much as the S-Bahn and take about as long. Whether you take the bus or the train is a matter of taste, I prefer the train. During rush hours, the buses are often stuck in traffic jams. There is also a public bus (Stadtbus der Stadtwerke München) to Freising. It stops at various points around the airport, takes about 20 minutes and connects the airport with Freising three times an hour. The journey is not uninteresting – you drive through the whole airport and get an overall impression of the gigantic airport. There are also several buses per day from Munich Airport to Ingolstadt and Landshut. Due to the nationwide liberalization of long-distance buses, there are several new lines.

Parking at Munich Airport: Parking at the airport is expensive, especially for long-term parkers. There are double-digit numbers of parking garages and the like. Tip: It is cheaper to park for a week or more at some farmers in the area. They bring their parking guests to the airport and pick them up again.

Taxi Munich Airport: At Munich Airport there are enough taxis waiting for passengers 24 hours a day. However, a trip to the city centre of Munich is hardly faster than with the S-Bahn, but costs many times more.

Gastronomy at Munich Airport: At such a large airport there are naturally hundreds of gastronomic establishments – from snack bars to luxury restaurants. Even the big chains like Mc Donalds are represented. There is even a brewery with a beer garden (Airbräu) at Munich Airport with reasonable beverage prices. 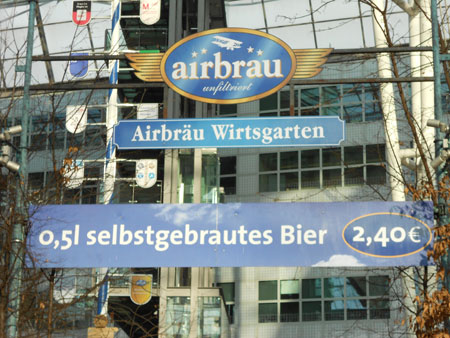 Our guide about Venice Marco Polo, the big airport in north-east Italy.

Transfer London airports: trains, buses, taxis and so on

CAT Vienna Airport: The modern train to the city centre 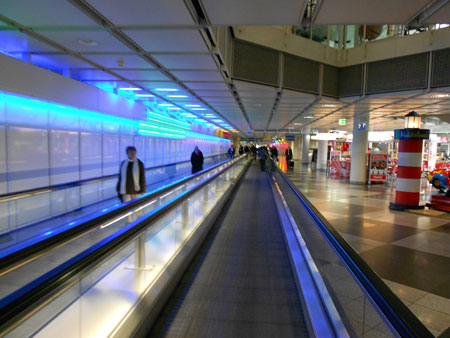 Since the distance in Munich Airport is sometimes very long, there are treadmills (roughly horizontal escalators) to get around faster.