Nuremberg with its well-preserved old town, the mighty castle and the city wall is one of the most worth seeing cities in Germany. With over half a million inhabitants, Nuremberg is the second largest city in Bavaria after Munich and the major metropolis of Franconia (Franken). 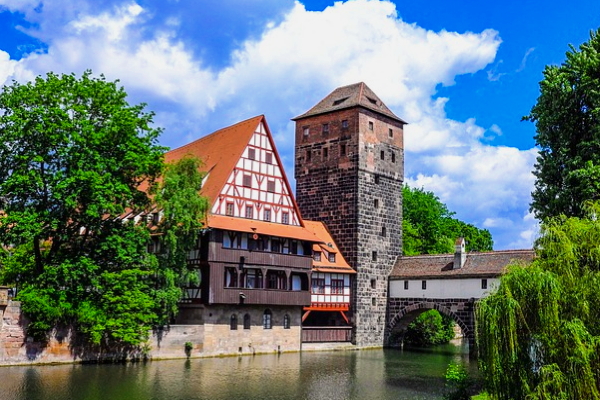 The main station of Nuremberg is directly opposite the old town. Through the Königstor you walk up Königsstraße and quickly reach the city centre with its large pedestrian zone and many shops. Passing many churches and the main market, one reaches after approximately 20 minutes the castle, which is located approximately 50 metres above the city. The visit Kaiserburg is the highlight of a day trip to Nuremberg. From the castle courtyard you have a great view over the city centre. One should also walk a little along the inner side of the well preserved city walls and visit the Albrecht Dürer House (see picture below right). Here the most famous Nuremberg Albrecht Dürer spent the last 20 years of his life at the beginning of the 16th century. 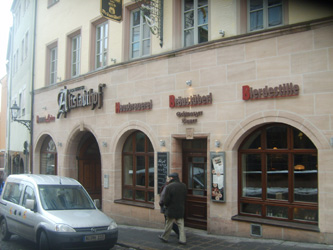 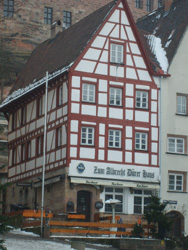 Other important sights in Nuremberg are definitely the churches of the Old Town such as the Lorenzkirche, the Frauenkirche on the main market square or the Sebalduskirche. The most famous museum of Nuremberg is the Toy Museum not far from the city centre. A visit is worthwhile with and without children. Many tourists also visit the Nazi-era Reichsparteitagsgelände a little outside the city.

For a break or lunch we recommend the Braustüberl of the famous Nuremberg brewery Altstadthof not far from the castle (picture above left). Here the best beer in Bavaria should be poured out after my many Franconians. Also the good plain food is excellent. 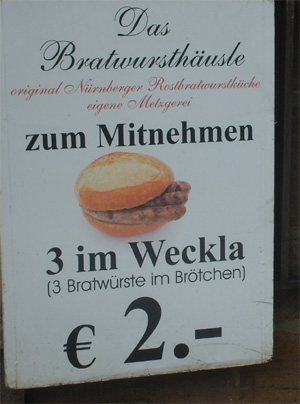 You should definitely try the Nürnberger Bratwurst sausages, which are known throughout Germany. These taste much better in their home town than elsewhere. At the many street stalls, three bratwursts in a roll („3 in the Weckla“) usually cost only two euros. The classic is the small restaurant „Bratwursthäusle“ directly in the centre of the old town. Here the bratwurst sausages taste great and are prepared on an open wooden grill (only with beech wood) just like in the old days.

How to get to Nuremberg: Nuremberg is about 160 kilometres away from Munich. From Munich it is best to take a day trip to Nuremberg by train. We recommend the cheap Bayern-Ticket for 25 Euro for 1 person or 6 Euro per person more (31€, 37 € etc. up to 5 persons (In 2017). However, this is only valid on regional trains and only from 9 am on weekdays. The journey time with such a train is just under two hours, be careful: some trains take considerably longer. With Berlin, Hamburg and Munich, Nuremberg is the fourth city in Germany with a real underground train system. The public transport in Nuremberg is excellent. The subway also runs to the neighboring city of Fürth. Those who travel with the Bayern-Ticket can use public transport in Nuremberg free of charge. 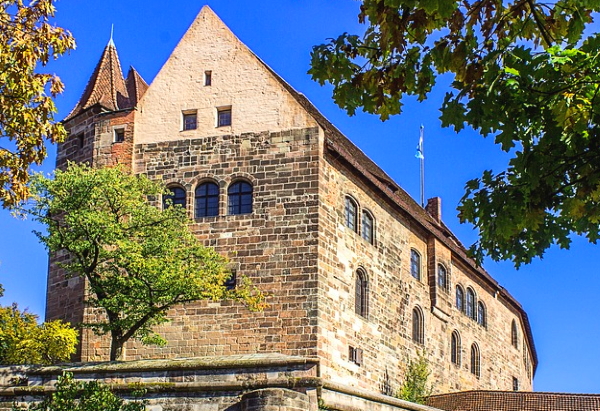 The castle is the biggest sight in Nuremberg