The Lenbachhaus was built around 1890 as a residence for the painter Franz von Lenbach (1836-1904). The style of an Italian country villa is reminiscent of the Baroque and Renaissance. The house stands in an interesting contrast to the other buildings around the Königsplatz, which is dominated by some large buildings in the ancient Greek architectural style. 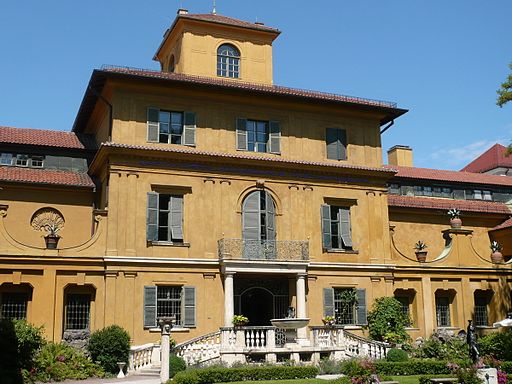 The gallery on the city map

Opening hours Lenbachhaus Munich (2019): The museum is open from 10 to 18 o’clock. Monday is, as in many museums closed, Tuesday are the opening hours in the evening until 20 o’clock.

Admission 2019 Lenbachhaus Munich: The entrance fee is 10 Euro, with a reduction 5 Euro. Children (under 18 years) do not pay admission.