During the 1972 Olympic Games, the Olympic Stadium in Munich was one of the most modern stadiums in the world. Especially the architecture was convincing: The roof consists of a very light-looking tent roof construction with masts up to 80 meters high. It is a multi-purpose stadium, which was used especially for football and athletics. FC Bayern Munich played here for over 30 years and TSV 1960 Munich played in the Bundesliga for many years. 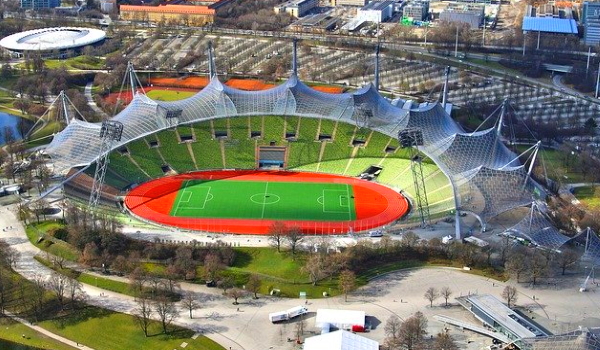 Originally, the stadium had 83,000 seats. Later, the number of spectators was reduced to about 70,000 for safety reasons. Both football clubs moved to the new Allianz Arena in 2005. Today the stadium is unfortunately rarely used, for example for other sporting events and concerts. Munich now has two large stadiums. Almost every other city in Germany would be happy to have one of the two stadiums. 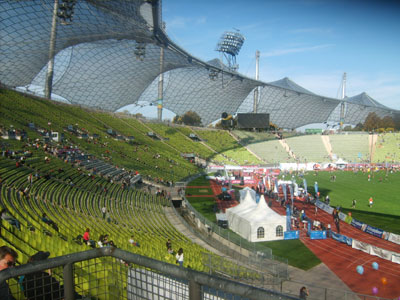 Entrance fees: Admission to the stadium is possible on any day of the week when there is no event. Costs: 3,50 € for adults. The entrance fee for children under 16 is 2.50 €, families pay a maximum of 8.50 €. Children under 6 years are free. For free you rarely get to the Olympiastadion in Munich. However, it is possible at some events such as the annual Munich Marathon. All admission prices refer to the year 2020, the prices have not been increased for many years.

With the City-Tour-Card tourists get in Munich a reduced entrance fee to many sights.

Opening hours Olympic Stadium: In summer about 9 to 20 clock, in winter much shorter – about 11 to 16 clock.

Arrival with the underground line 3 stop Olympiazentrum or line 1 stop: Olympiaeinkaufszentrum (OEZ). Many parking spaces are available around the Olympic Stadium.