Garmisch-Partenkirchen is the most important and best known tourist resort in the German Alps. Strangely enough, with just under 30,000 inhabitants, the community is not a town, but merely a market. In Garmisch-Partenkirchen everything revolves around tourism – especially winter sports. The Winter Olympics were held here in 1836 and the Ski World Championship in 1978. If Munich had been awarded the contract for the next Winter Olympics, the ski races would have been held in Garmisch-Partenkirchen. The ski jump is also well known, where the New Year’s ski jumping takes place every year as part of the 4-Hills Tournament. 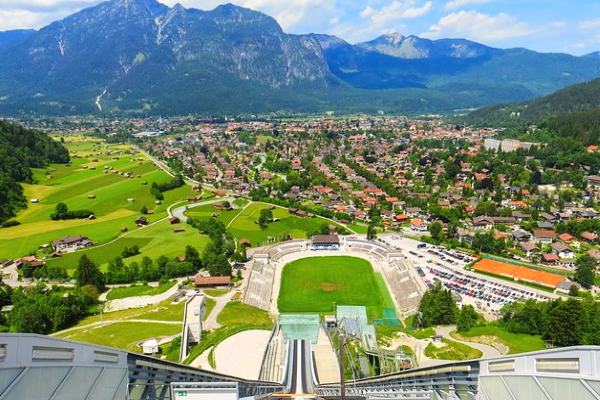 The division into Garmisch and Partenkirchen is still very important for the locals. Garmisch is roughly the part west of the station, Partenkirchen the part east of the station. Most sports facilities are located in Partenkirchen. Both parts have their own center. Actually the community is a double city. In Garmisch there are the larger pedestrian zone and shops as well as the famous casino. 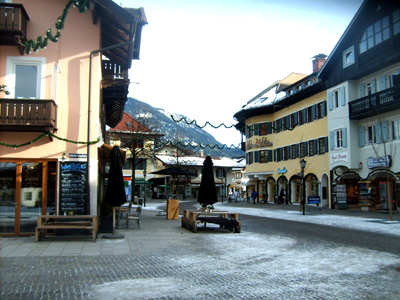 In the wide pedestrian zone you can feel the wealth of Garmisch. Many noble shops and the casino characterize the street. Behind the pedestrian zone, when you come from the train station, there is the beautiful Kurpark and the central church Sankt Martin. Around the church, especially in Sonnenstraße, the old Garmisch is still clearly visible – worth seeing houses with Lüftlmalerei etc. – great sights. 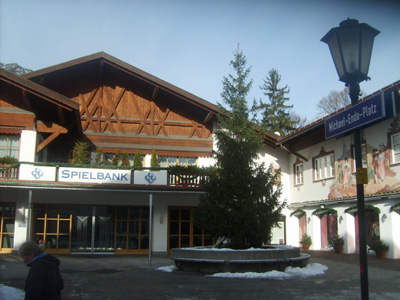 The casino is located in the middle of the pedestrian zone at Michael-Ende-Platz. The author of the „Unendliche Geschichte – Infinite Story“ is the most famous man from Garmisch. In the casino (opening hours daily starting from 15 o’clock) still prevails a strict dress code in contrast to many other casinos in Germany. Men need a shirt and a jacket (which however can be borrowed). On 4500 square meters there are both roulette and slot machine games. There are direct buses from Munich to the casino. 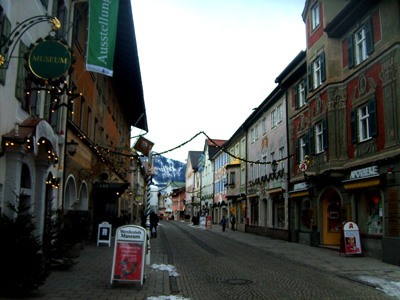 Ludwigstraße is the central street in Partenkirchen. Several interesting churches are located in Partenkirchen, such as the great Church of the Assumption of the Virgin Mary. 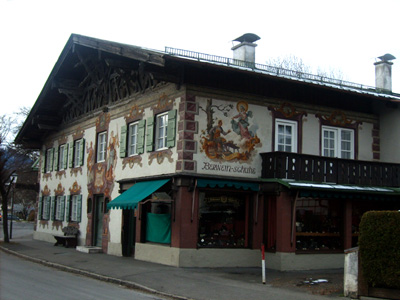 The most famous shop in Partenkirchen is probably the shoemaker Berhard Berwein. It is a well-known shoe shop for custom-made shoes for celebrities and rich people. However, individually cobbled shoes are considerably cheaper here than in comparable shops in Munich or other large cities. 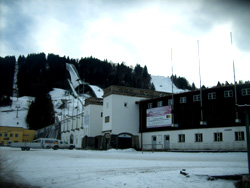 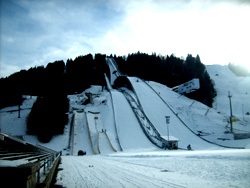 The Olympic Stadium is located in the south of Partenkirchen about 3 km from the centre. The sports facilities for winter sports are probably the biggest sights in Garmisch-Partenkirchen. It is very impressive to see once the big ski jump, where the New Year’s ski jumping takes place every year as part of the 4-jump tour. The stadium is usually open and there is no entrance fee. You can also just walk up the steep jump a bit. Tickets for the competition on January 1st are quickly sold out and very expensive on the black market. Behind the Olympic facilities there is the Partnachklamm, an impressive gorge with high walls. The hike is not very difficult and is also possible in winter when the weather is favourable. 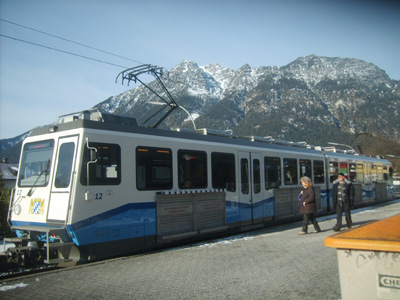 An incomparable experience is the trip with the rack railway to the Zugspitze (see picture above), the highest mountain in Germany. However, it is not quite cheap: The trip costs 59.50 euros there and back (in 2020). You can also choose to take the cable car. It is recommended to go up by train and possibly down by cable car. 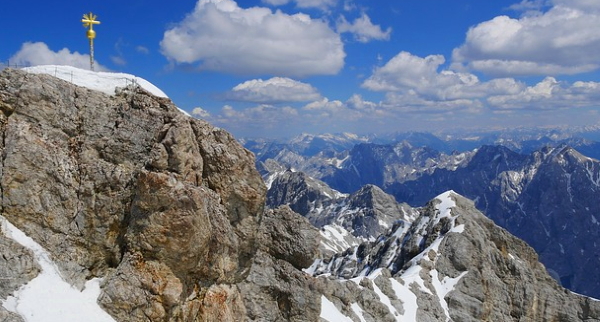 Obrammergau near Garmisch-Partenkirchen is also a place with many sights: Click here